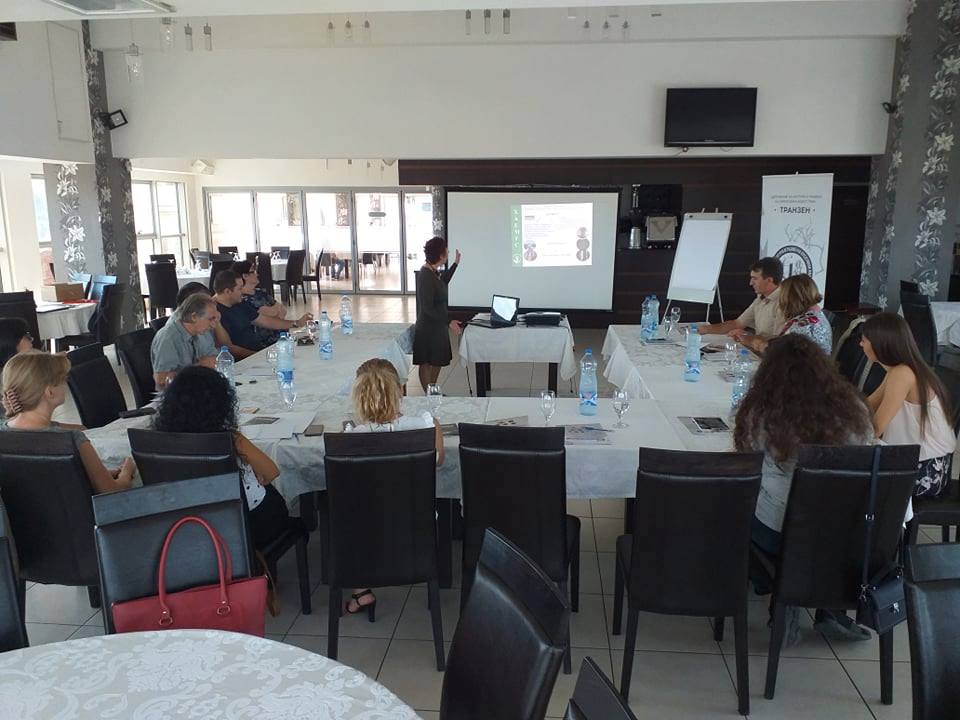 This project will attempt to put to use the cultural and historical capital of the municipality and provide a modest input into the advancement of the local economy by producing a web-based application tasked on one side with mapping out and offering information of different events, tourist trails developed by experts , tourist attractions, artisans and art galleries active in the municipality, cultural events and festivals, activities and sightseeing destinations in the city of Strumica, as well as with enriching the tourism offer of the municipality on the other by means of exploiting its rich cultural and historical heritage through the creation of a number of tailor-made tourist trails, such as the following: On the Road of Spiritual Tradition - 1000 Years of the Bishopric of Strumica - mapping medieval churches and sacral archaeological sites on the territory of the municipality of Strumica; 7000 years of Civilization - From Prehistoric Settlement to Medieval Fortification – listing some of the major archaeological sites in the municipality and thereby describing the development of human civilization in the region. The two tourist trails proposed will provide accessible paths to all sites and markers, information boards showcasing historical data, dates and photographs, whereby, as part of the project a travel guide in English will be prepared and printed, putting in the cultural and historical heritage of the Municipality of Strumica on offer to potential tourists via the tourist trails to be developed under the project.

The overarching goal of the project is to promote continental tourism in the Municipality of Strumica, all with a view to establishing a territorial sustainable social and economic development of the municipality and placing an emphasis on the development and promotion of cultural tourism. While the specific objectives of the project are to encourage the economic empowerment of a minimum of 50 project participants with equal gender representation among young people, artisans, and artists through their active involvement in the creation and promotion of the cultural tourism offer in the Municipality of Strumica, as well as to enrich the tourism offer of the Municipality of Strumica by utilizing the cultural and historical heritage of the municipality by way of creating tourist trails and adequately promoting them via a systematized web application and a travel guide.

The project activities will be directed towards improving the existing tourist offer and raising the quality of the promotion of the Municipality of Strumica as a tourist destination with the help of information and communication technologies (ICT), developing tourist trails by creating access roads to sites and marking and setting up information boards at the localities, thus contributing to meeting the municipality's priority of developing alternative tourism as outlined in the call for projects by creating a rich and diverse tourist offer through the utilization and promotion of cultural and historical heritage, natural resources and rarities. The use of new technologies allows for systematically developing innovation, adapting to and keeping up with new modern trends and demands of individual tourists. We plan to conduct several training's for theme-based tour guides and educate key actors in tourism to use digital technology in their promotion. The added value that the project produces consists of it being able to provide an input to the further development of the local community and establishing a shared synergy among all these actors in the management of sustainable tourism and the creation of an attractive cultural tourism brand. The need for a greater promotion of the Municipality of Strumica as a tourist destination boosts the demand for including more interested parties across the community in order to obtain a greater holistic approach in making the Municipality of Strumica a recognizable brand as a cultural destination and hence the main target groups of the project are tour operators, artists, artisans, tour guides, tourism experts, archaeologists, and museum workers.